These Prague Offices are the Healthiest in Central Europe

In April, the Prague office project named Visionary obtained WELL for Core and Shell – a certification marking it as a healthy building. This complex in Prague’s Holešovice district has thus become the first office project not only in the country, but also in all of Central Europe to receive this prestigious recognition.

“WELL is a guarantee for occupants that Visionary is healthy through and through, supporting not only their health, but also other areas – their comfort, light balance, sports, mental well-being, healthy food, and more,” she adds.

Eva Nykodymová says that WELL certification costs were a full 0.2% or more of the overall investment into Visionary.

How did you celebrate after achieving WELL certification and this unique first?

I drowsed off watching a goodnight cartoon with my children, and then when I went to put them to bed, I checked my phone, and there was a flood of messages and missed calls. Then I went to open the email with the final report stating that we have WELL certification, and what’s more, it’s GOLD level!

Incredulity, unbelievable joy, a call to the boss, sharing the joy everywhere – with my family, workmates, and friends… and above all a wonderful feeling.

Unlike environmental certificates such as LEED and BREAM, the WELL certification process is based not only on forms to fill out, but also on practical measurements made on-site. What was the main focus of the commissioners who decide on this certification?

Our evaluator spent three days with us at the building in Holešovice. They measured levels of volatile organic compounds and of atmospheric dust in a number of places. That’s likely the hardest part of the whole process. You wait for the results for another 45 working days.

They also visually checked everything we’d declared. Even for example the smoking ban in the building and its surroundings, and the presence of the library, the sports infrastructure, and many other aspects. They also took water samples and sent them out for qualitative analysis.

The first measurement turned out well, and yet the commissioners did find some faults. What did you have to rework?

Out of all 41 requests, we only had to make one correction. We had to add a sign in the smoking-room informing people that smoking is hazardous to human health.

Can you give us some figures on your overall costs for this “healthy certificate”?

We’re talking here about a minimum of 0.2% of the overall investment into the project. Costs are something that’s very much particular to a given project and the level you’re aiming for. But this 0.2% figure doesn’t include the costs for other elements that helped us to achieve GOLD level certification.

Isn’t is a bit ironic that you have to invest so much effort and so many resources into creating a suitable environment for human life?

Employees from a number of companies have already been working at Visionary since last year. When someone moves into Visionary, what specifically do they notice at first sight that shows them that this is a healthy building and one of the best in Central Europe?

I think this was best expressed by one of my workmates who stated that when she parks at Visionary, she feels like she’s entered another world… You see a nursery and children playing, living water, the multi-purpose playground, and lots of trees and greenery and places for sitting and relaxing. Visionary contains a number of terraces, and bridges connecting the buildings lead through most of the floors; each bridge has trees, as well as tables to sit at. Likewise, Visionary’s design is great at expressing its openness and copious light.

Why should you or I come to work in a building with WELL certification?

For the guarantee of working in a healthy environment where there’s nothing that can influence your health negatively. After all, the things that harm health the most – volatile organic compounds and other metals – can’t be seen or smelled. A building with WELL certification has seen independent measurements and has probably been built using health-safe materials.

And everything that surrounds this – light, pleasant materials, the extra comfort that the building provides – is a major benefit that supports physical and mental health.

Your team at Skanska only started work on certification after the project had already begun. Was that a complication, or an advantage?

It’s best to start in the design phase, at the very beginning, so it really was quite late. And we were also still complete beginners regarding WELL certification. We worked with what the project provided us, and yet despite this, we were able to influence many things positively. But I would note that we might still have faced a long, and perhaps even still-unfinished, road if it weren’t for the high quality that’s always been there in Skanska’s construction.

What will come now? WELL certification should be renewed once every three years, and yet you as the developer have already sold Visionary to another company.

We have to prove on a yearly basis that certain parameters set by the certification are being monitored within the building. We have the constant support of Visionary’s owner in this. They have a strong interest in WELL, and we work together to think of ways to bolster the certification even further.

You’ve announced in the past that you’ll be striving for WELL on all of your new office projects. Is that still the case?

Yes. We have two further projects registered for WELL (Praga Studios and Parkview), one project is just about to enter the documentation phase, and the registration of the third one is currently under preparation. 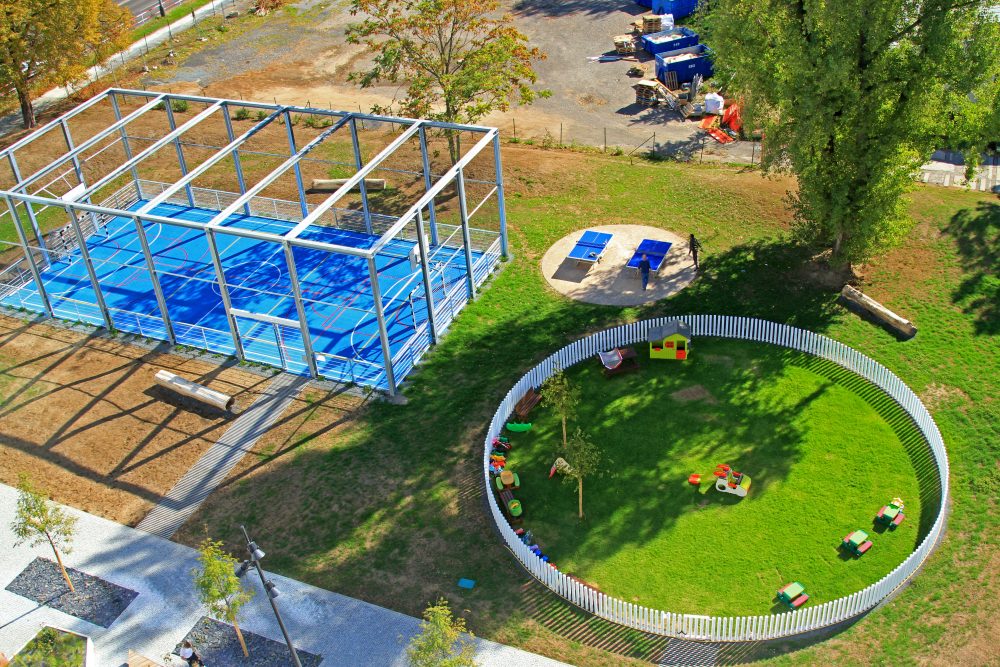 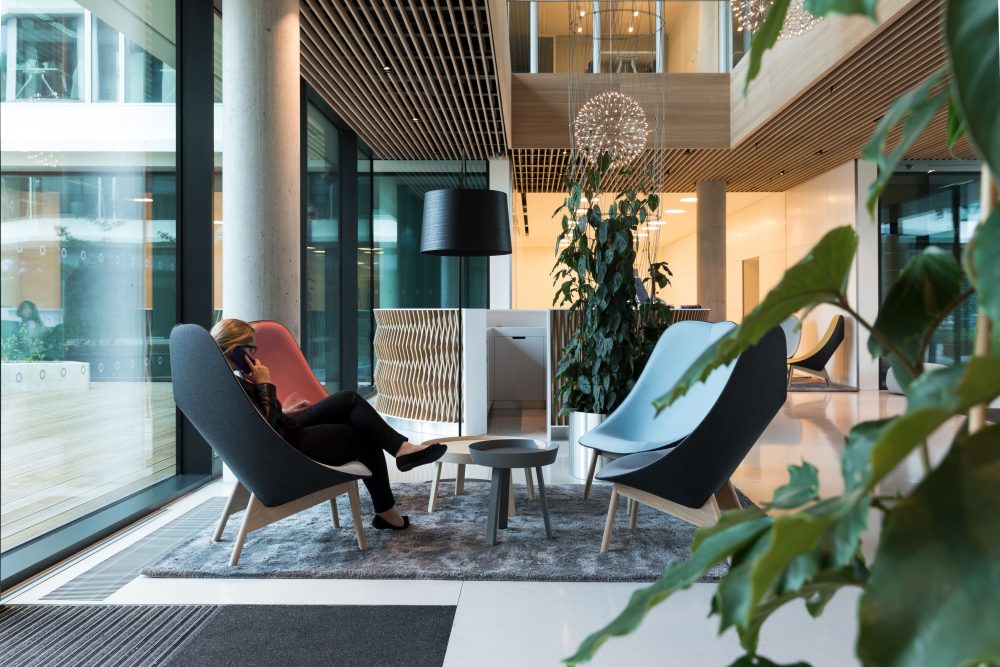 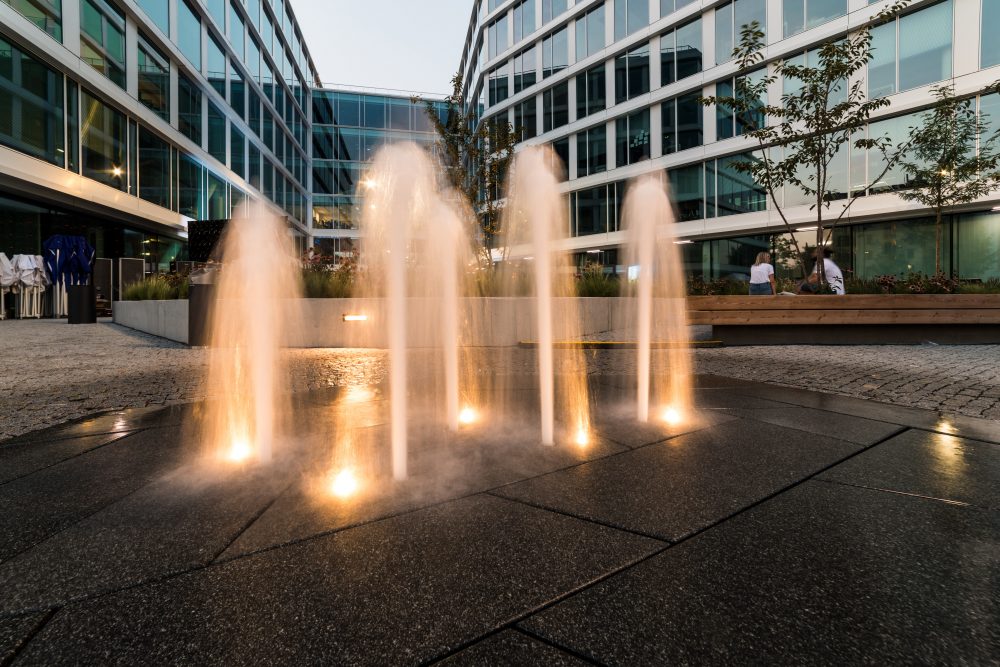 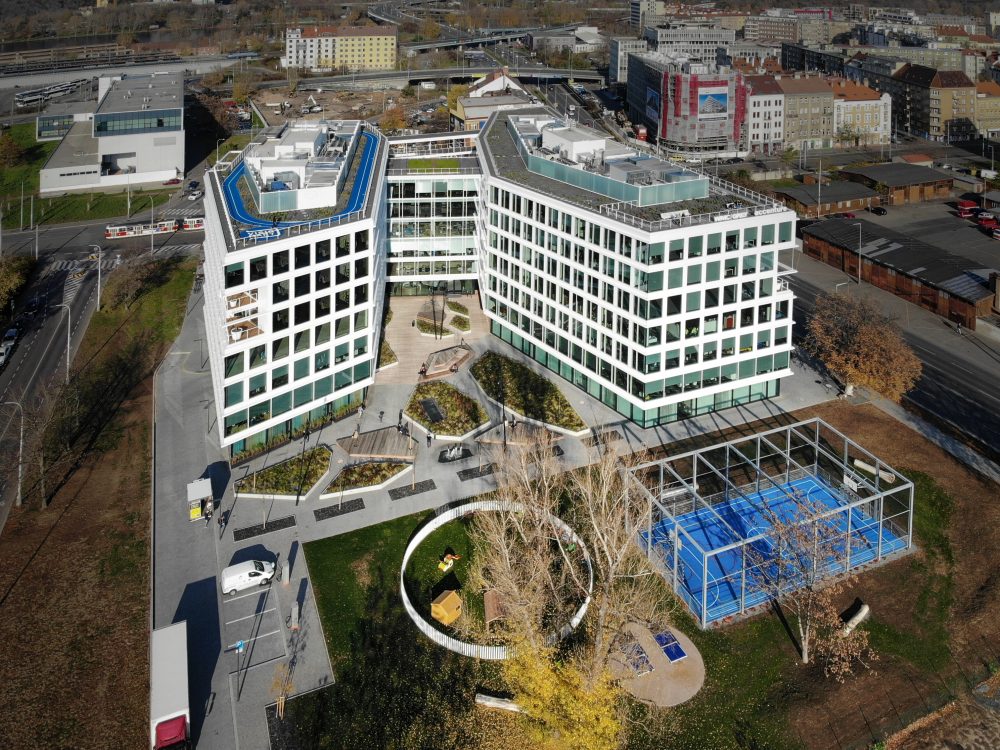 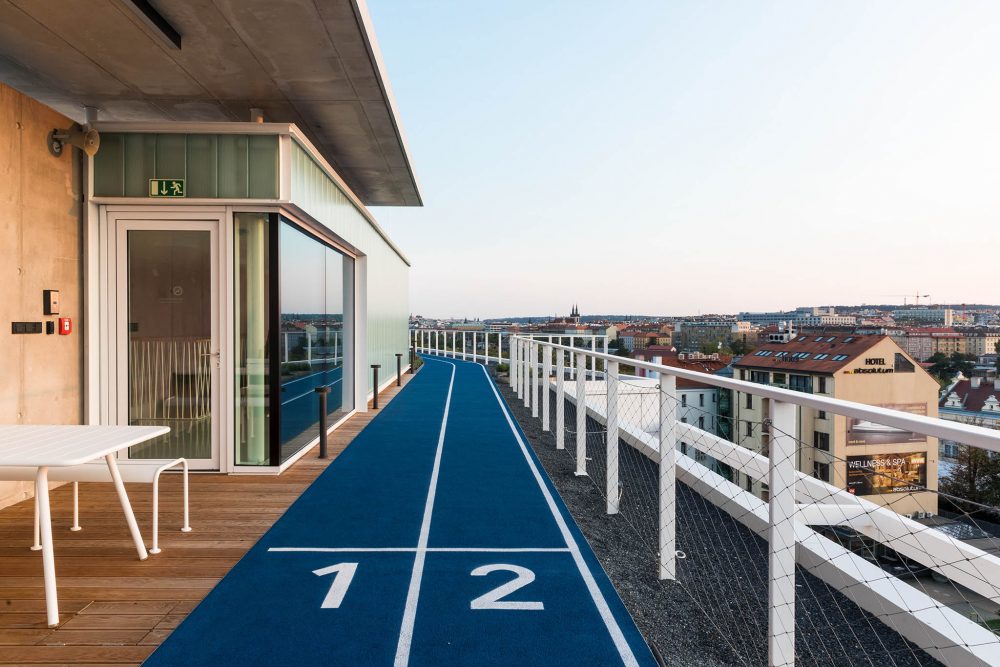 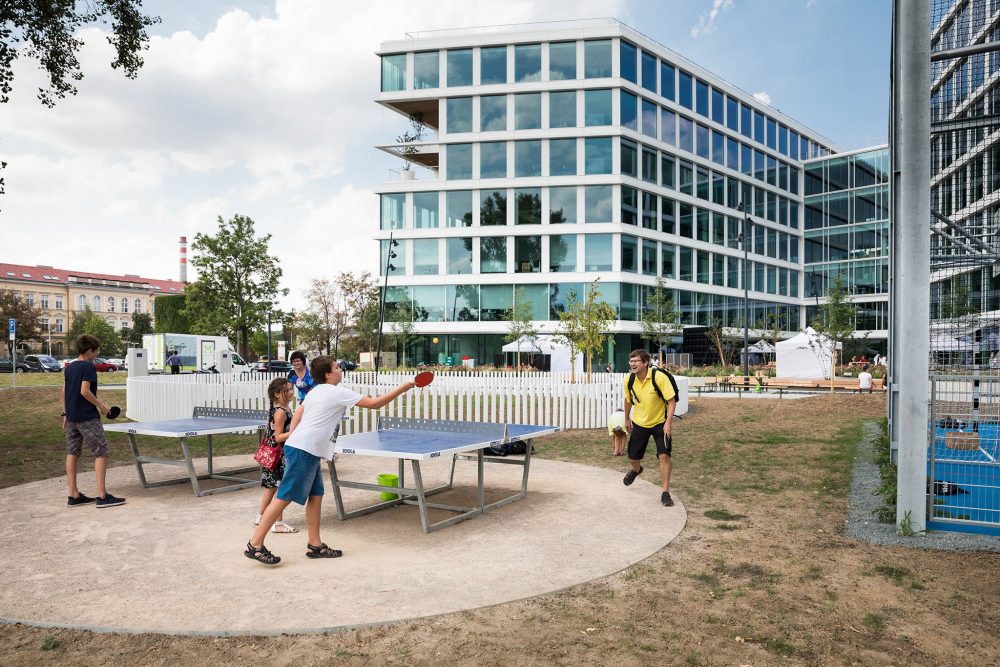 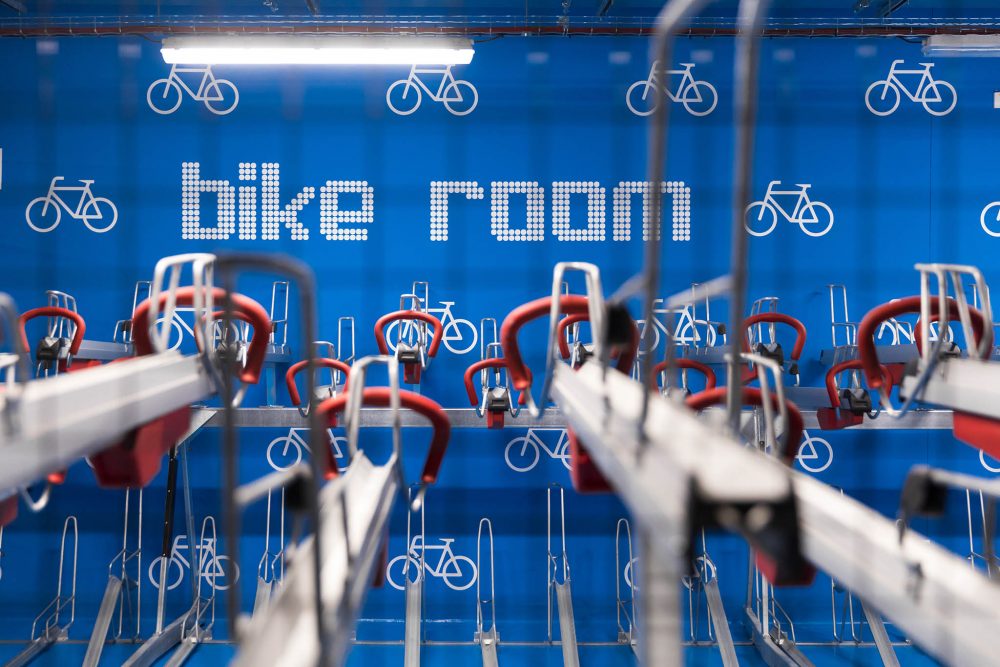 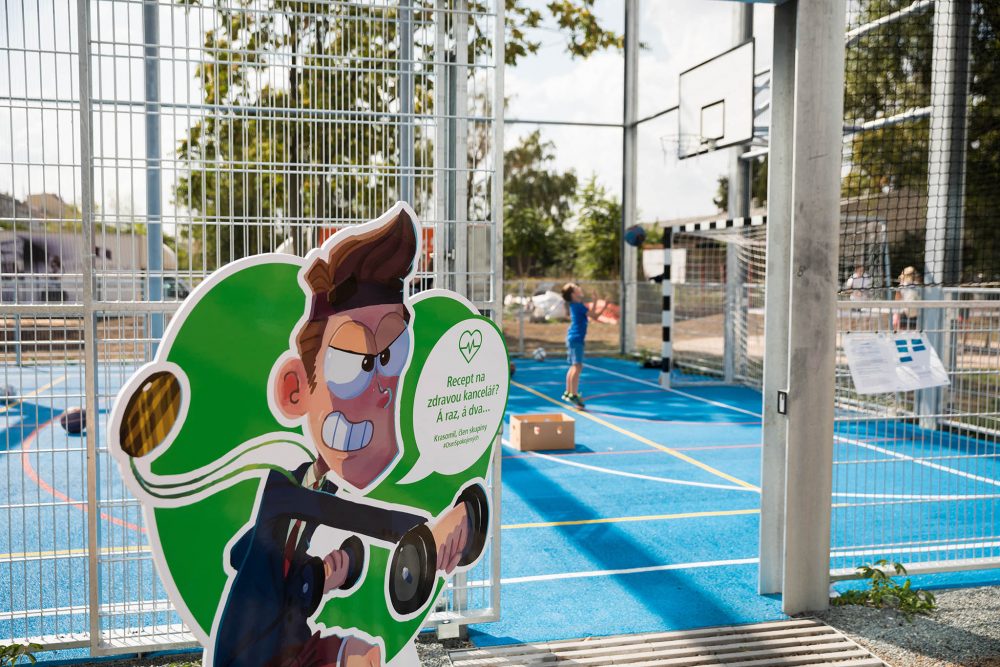 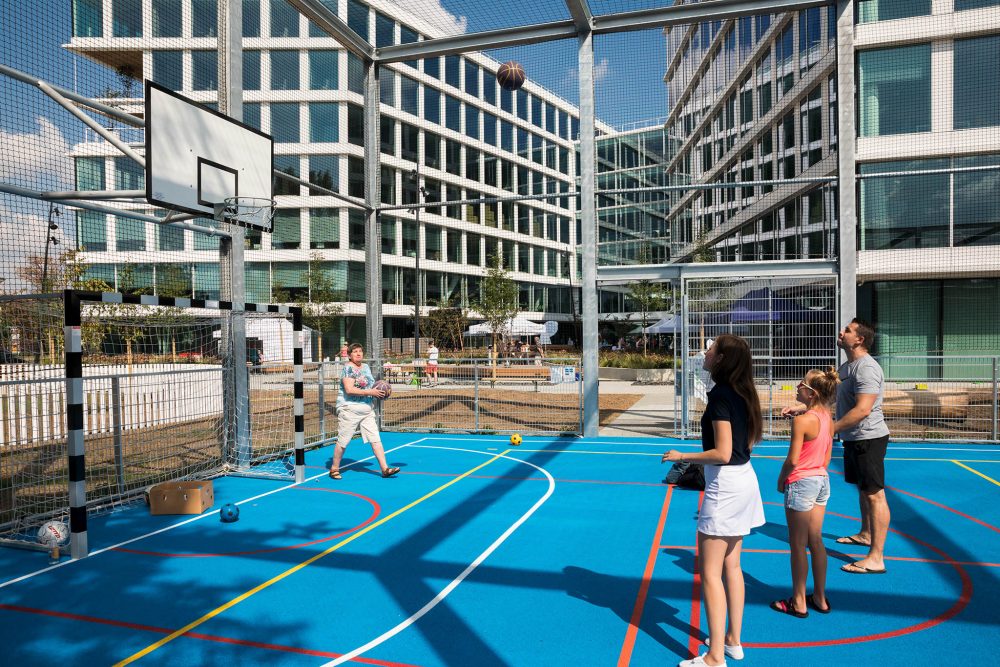 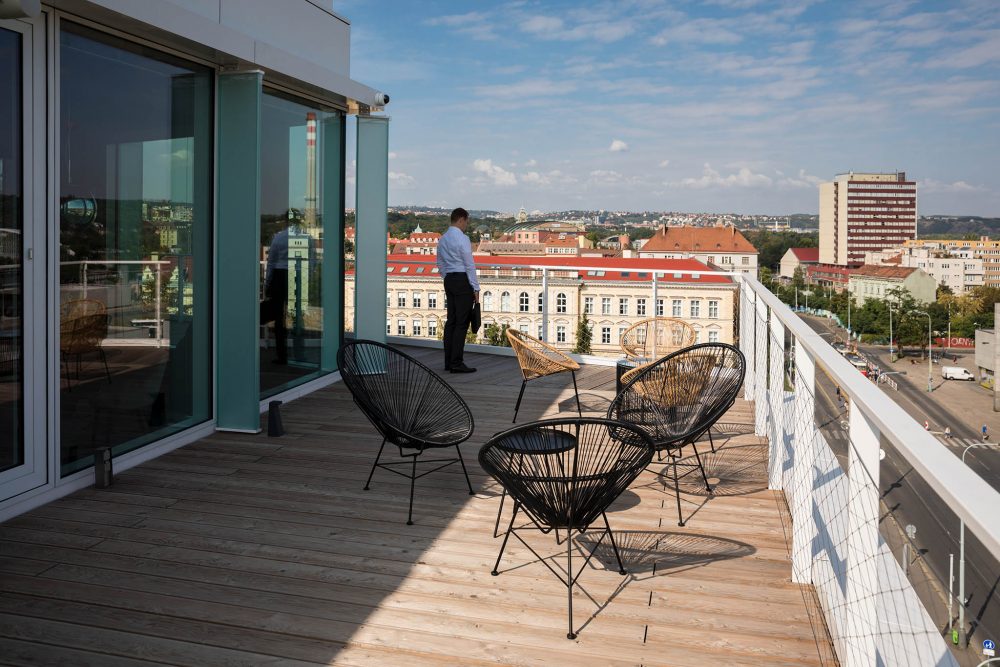